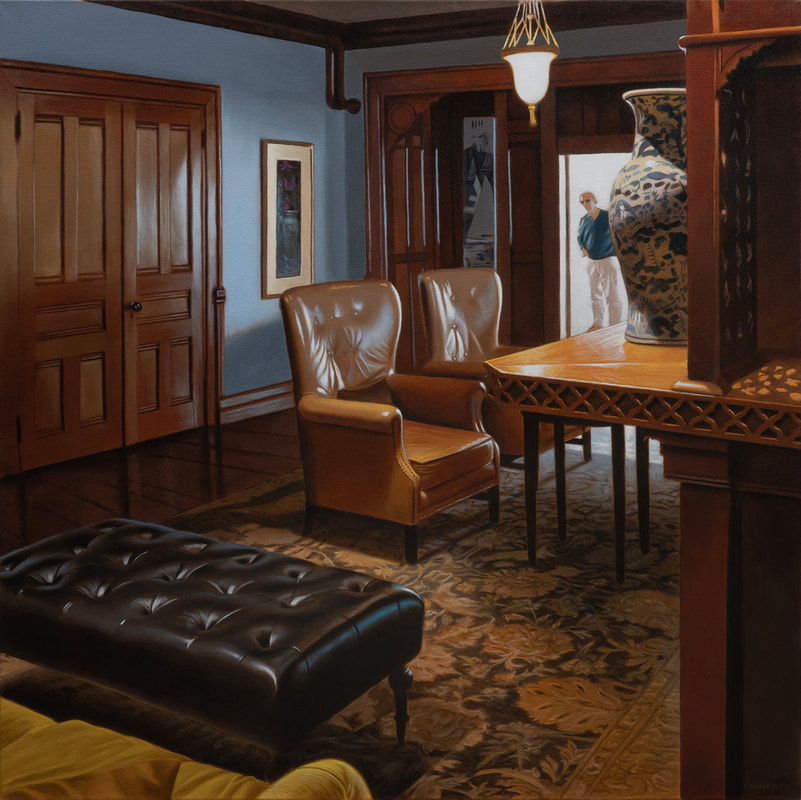 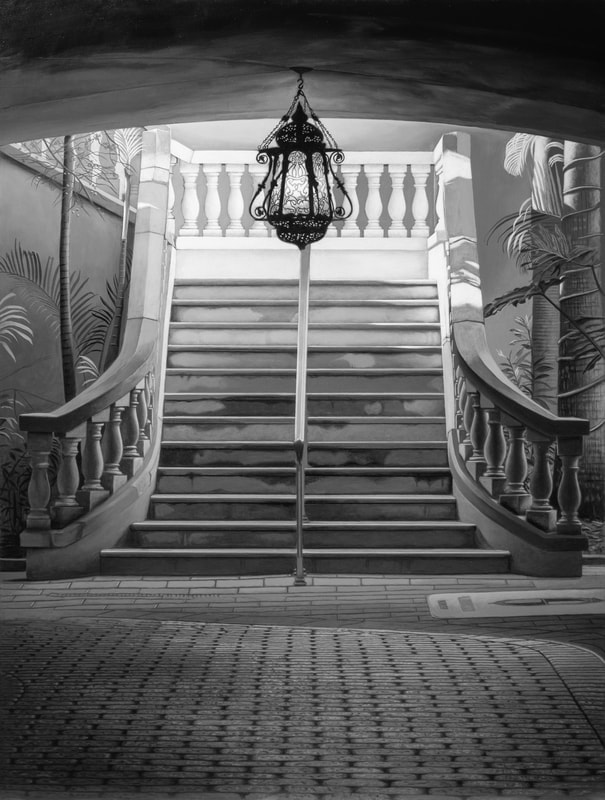 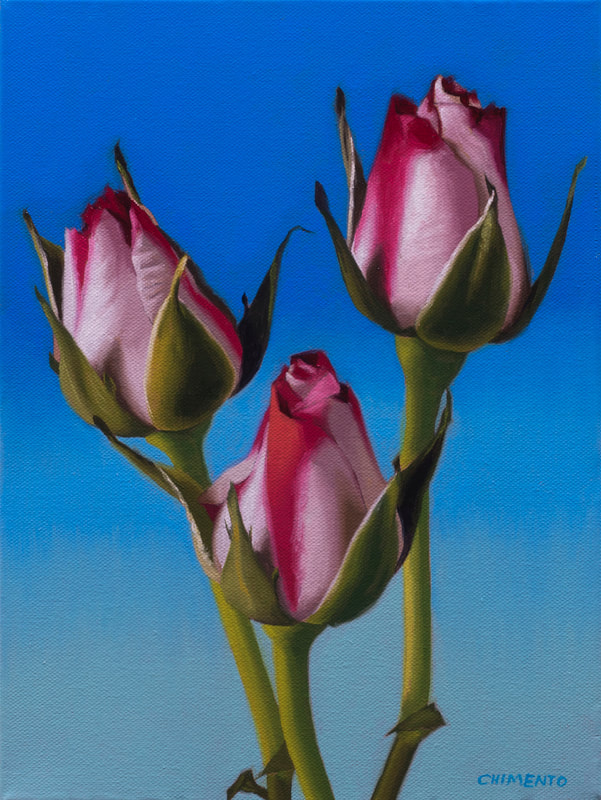 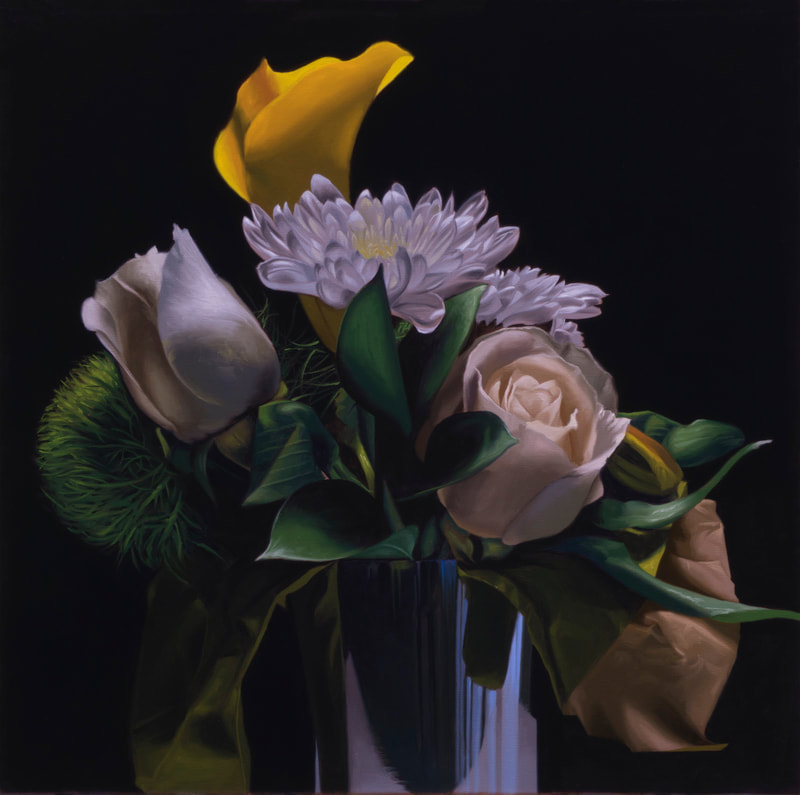 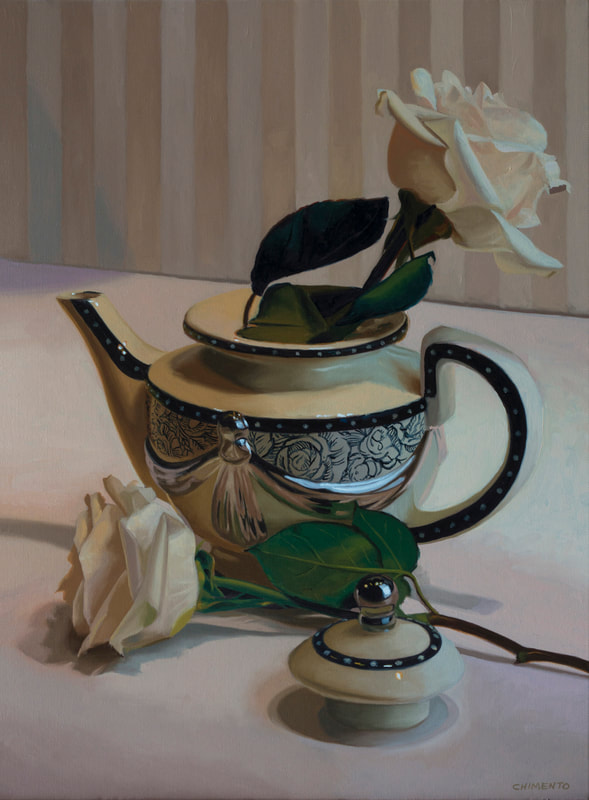 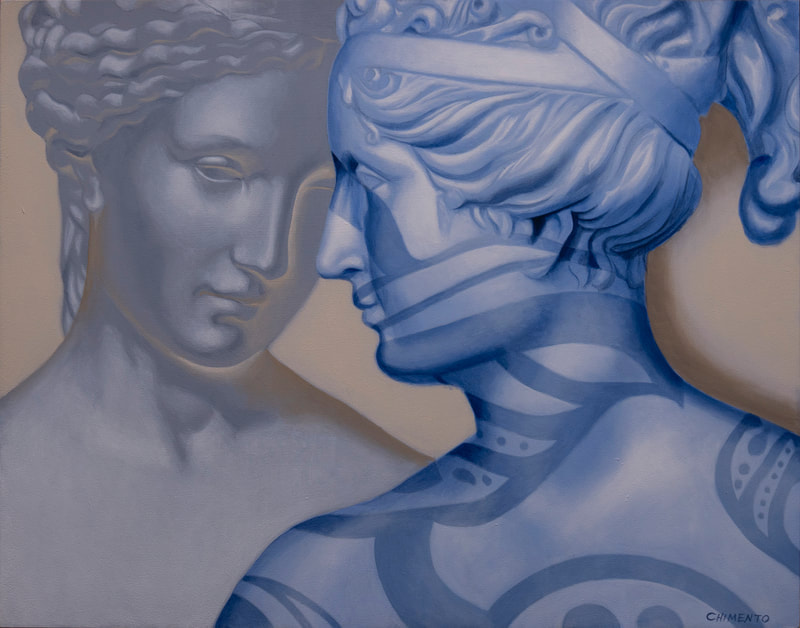 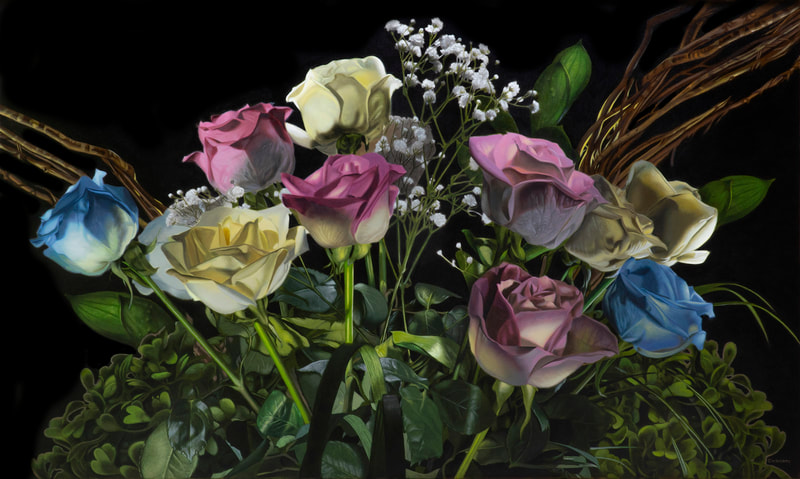 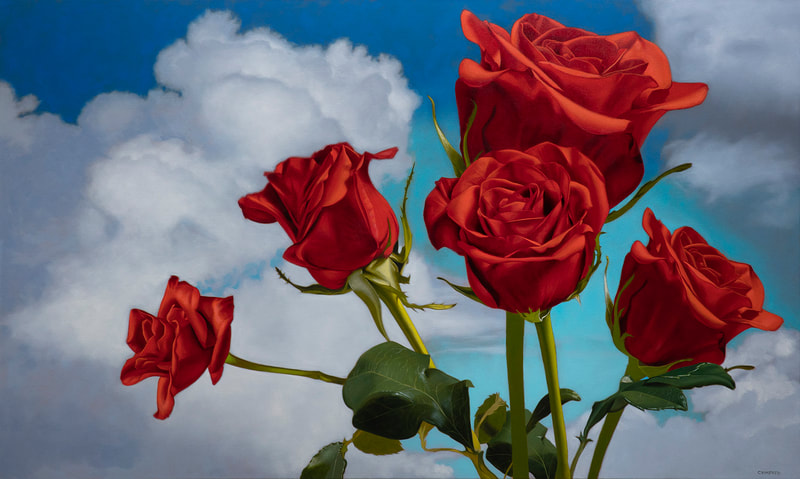 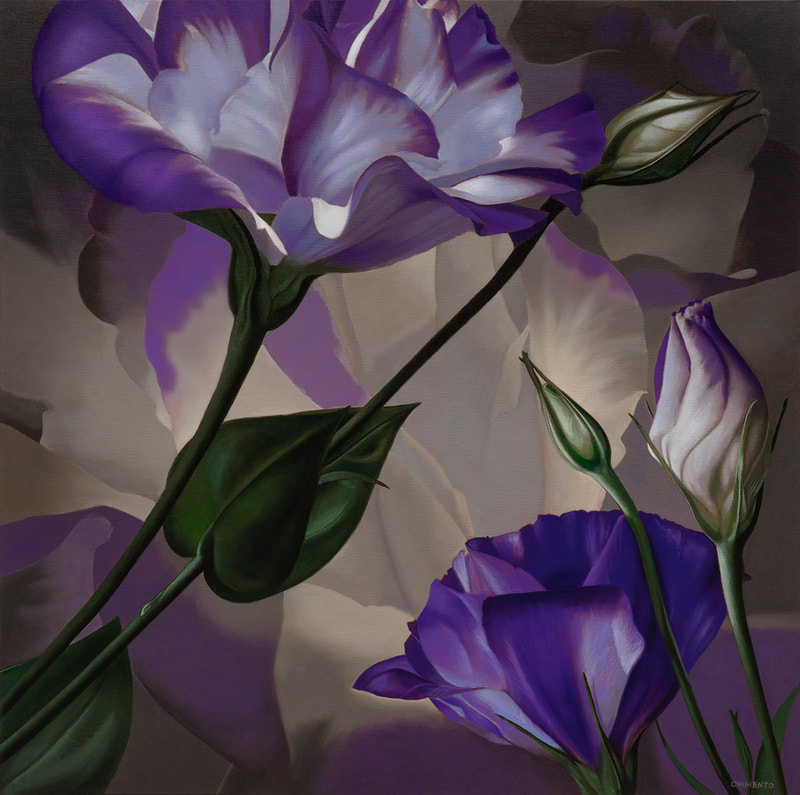 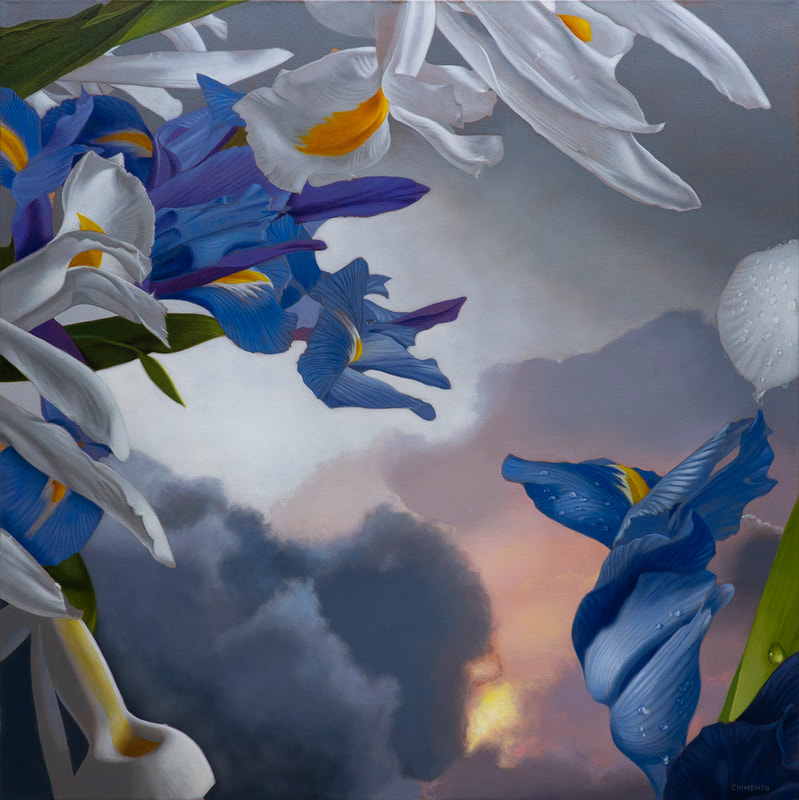 Tony Chimento has a diverse portfolio and is widely known for his contemporary hyper-realist style. His work includes extremely detailed and complex interior and still life scenes of amazing detail, clarity, composition and color.

Born and raised in New Jersey, he graduated from Rutgers University and then moved to Woodstock, NY where he began his career as an artist. Chimento has built his career and raised to fame as a realist painter after moving to the Miami area 30 years ago.

He was a resident artist of ArtCenterSouthFlorida for many years. From 1994-2000 he served on ArtCenter's Board of Directors and was Vice Chair of the Board from 2000-2005. He is a member of the International Guild of Realism. He has also been a member of: The Wynwood Art Association, Provincetown Art Association & Museum, and The Woodstock Artist Association.

Chimento has shown in numerous one man shows, and been chosen for many regional and national juried shows and competitions including being the recipient of the 2008 Pollack-Krasner Award. Most recently, he was chosen 2nd Place overall winner of 2021 IGOR Spring Salon Show. He has been chosen twice as a winner in the “New American Paintings” competition for the Southern Region. The Winsor & Newton Company chose his work as the winning entry in their 3rd Annual Competition. He has been written about in a large variety of publications including American Artist Magazine and the New York Times. His awards include The New York Graphic Society Award at the National Academy of Design Show in NYC, and the Grand Prize for painting in the prestigious Silver mine Guild Center for the Arts Competition. He has been chosen for awards by jurors like Ted Stebbins, Curator of Paintings, Boston Museum, Vivian Raynor, Art Critic, New York Times, and John I.H. Baur, Director Emeritus, Whitney Museum of Art, NYC.

Art Critic Hilton Kramer, in reviewing a show for the New York Times, containing Tony Chimento’s work commented in a review, “...still there are paintings of some interest here by artists who were new to this writer.... Tony Chimento’s “Sunday Afternoon” is a solid realist work”
​
In one of the first reviews of his work, Sylvia Day writes in Lifestyle Magazine: “My first introduction to Chimento’s work was at a show at the Woodstock Artist’s Association. There.... was a large painting which made an immediate impression of elegance and uncommon technique... Chimento paints large canvases, their dramatic subject matter and impeccable draughtsmanship a feast for the eye... He owns an original and unmistakably unique style.”

Initially, I was insecure about the answers that I slowly felt forming inside me with each new painting I completed. Allowing the work to talk to me, I began to be aware on a conscious level of something which was always there intuitively: that my work is mostly about the exploration if beauty and the space we make for its contemplation. In a world where the ugly and violent seem increasingly more intense, the exploration of beauty and serenity, not as escape...but as antidote, certainly must be as valid a reason for making art as any other.

​Earlier on, when I felt that if the finished painting was beautiful and special to me, then I succeeded no matter how difficult the journey might have been. As I learn more about the process of painting, I'm finding the process has its own beauty.... (that of becoming), so that the act of painting itself can be seen as a metaphor for what is best about life."

Excerpts from Publications
Hilton Kramer
New York Times, March 6, 1981
REALISTS ENLIVEN SHOW AT ACADEMY “Still there are paintings of some interest here by artists who were new to this writer...Tony Chimento’s ‘Sunday Afternoon’ is a solid realist work...”
\Mikhail Horowitz The Daily Freeman, Sept. 16th, 1983 AT KLIENERT: FOUR ARTISTS STRONG IN THEIR MEDIA “Chimento is a great presence in the Woodstock art scene, literally and figuratively. His paintings are giant in conception, scale and impact on the viewer.”
Sylvia Day Lifestyle Magazine THE REALIST VS THE SURREALIST 6 My first introduction to Chimento’s work was at a show at the Woodstock Artist’s Association. There....was a large painting which made an immediate impression of elegance and uncommon technique...Chimento paints large canvases, their dramatic subject matter and impeccable draughtsmanship at feast for the eye...(He) owns an original and unmistakably unique style.
Jack Pearson.