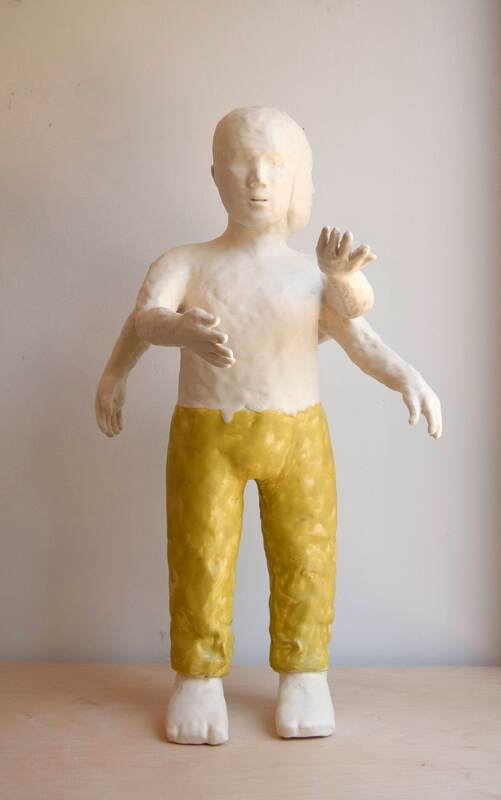 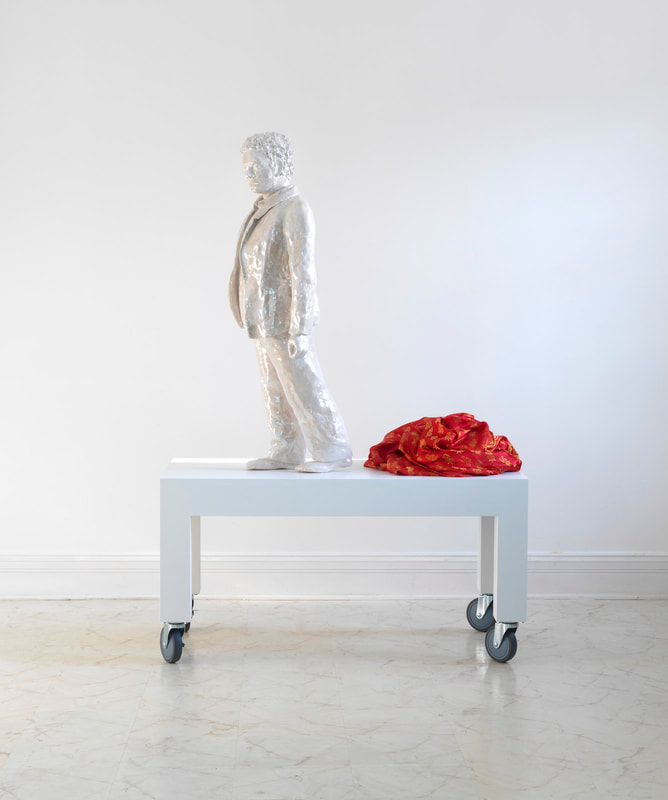 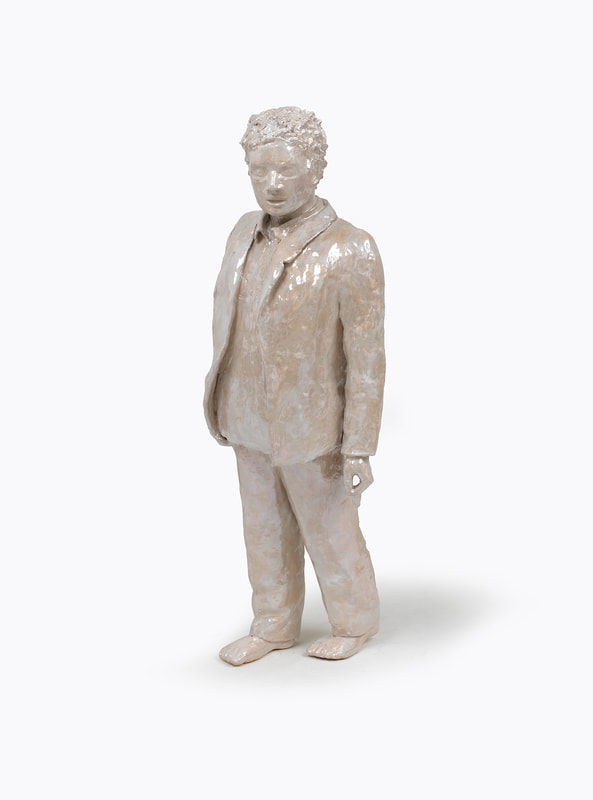 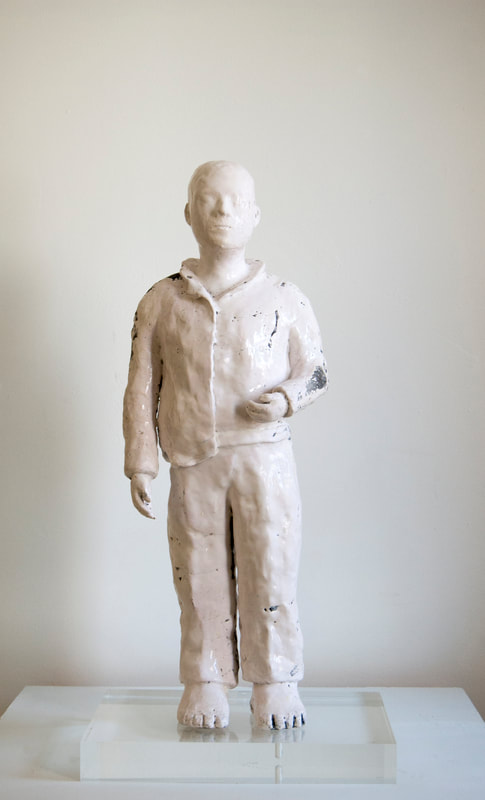 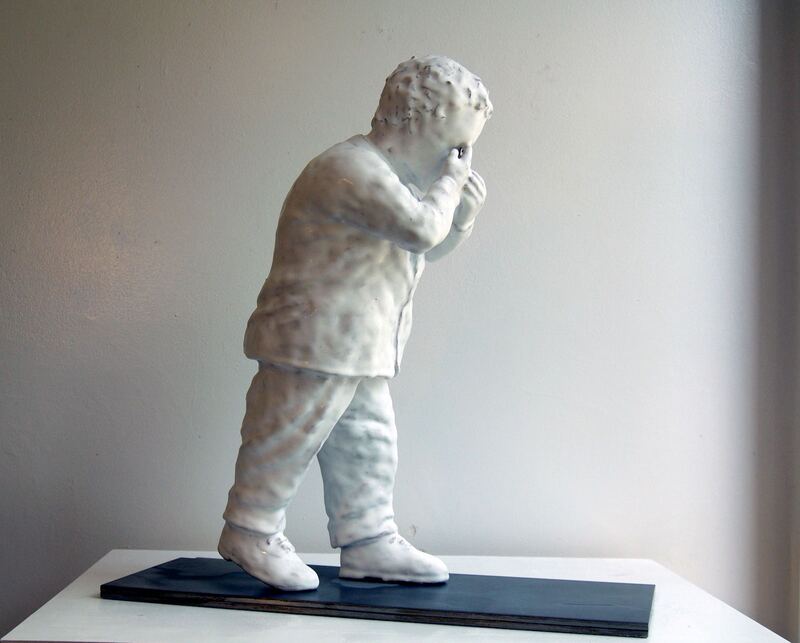 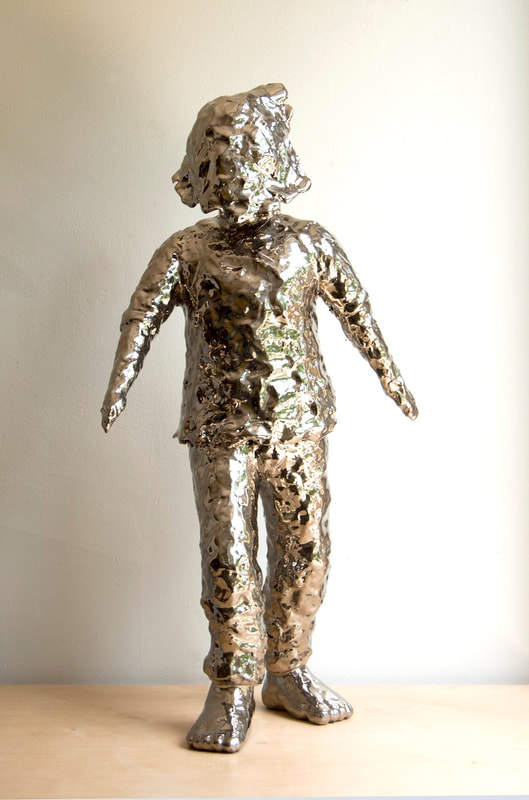 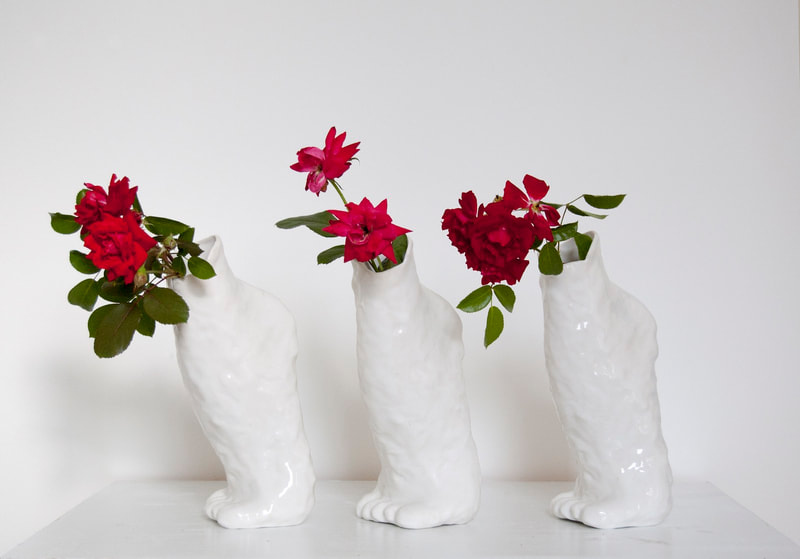 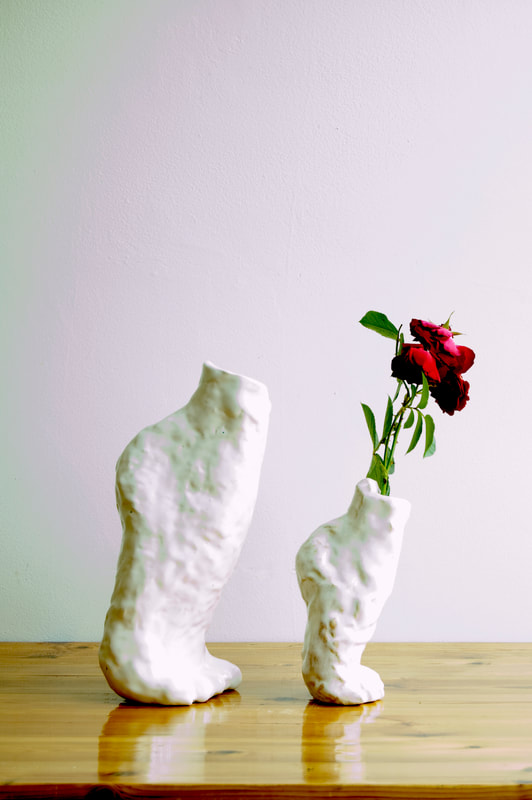 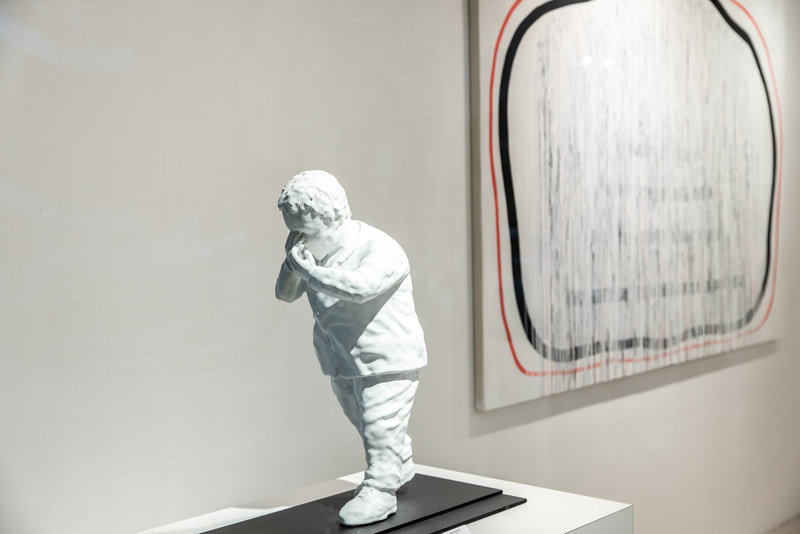 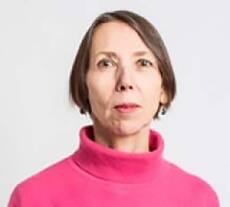 Patricia Rieger was born in Maine, and has lived and work for extended periods of time in New York,
Netherlands, Spain, Vermont and Chicago.

For more than three decades, Rieger has chosen to develop a poetic voice through her sculptural
ceramic work. The work attempts a search for meaning and purpose, employing a narrative style with
strong attention to the imagination that remains open and inviting, challenging straightforward
interpretation.

Silence holds the work in frozen moments of waiting for action to begin, while simultaneously giving a
sense of strength and vulnerability. The imagery, in appearance often quiet and static, the heroic of the
ordinary, is at times based on a variety of art historic sources or it grows intuitively from the artist’s
imagination.

​Patricia’s work has been recognized in ceramic and fine art forums nationally and internationally. It contributes in these contexts with questions that have preoccupied artists throughout history that draw on human experience, ideas of the collective unconscious and mythology with the goal of making it factual, physical: sculptural. Typically the work is executed in a subtle palette or with exuberant colorations. It reinvents and investigates the use of the figure and the abstract in contemporary ceramic art, to induce from the viewer their own meanings and thoughts.

In 1987 Patricia was awarded the Southern Arts Federation Visual Arts Fellowship, National Endowment for the Arts.

There is an intentional poetic attitude in my art that allows me to work and to imagine with a sense of purpose. There is an attempt towards precision; meaning is always ambiguous and metaphorical.

Although my work appears to refer to a story, I am not concerned with a linear narrative.

A goal is to explore the self in the noise of the world, the dialogue between the internal dialogue and the public language. I have an interest in creating in my work a sense of place that is of the mind. This is an intense and quiet search for a moment in time to highlight the contradictions between the private and the public world.

The intention in my work is to be clearly and openly poetic. The hope is to render the unintelligible more accessible.

In the work Found. Conversations with a Bird, I have invented a character that represents others. I am well aware that as an artist my search echoes precedents like Velazquez, Juan Munoz and others in literature and the visual arts. I navigate in that complexity.

The Expulsion Series: He & She was inspired by the fresco painting, Expulsion by the 15th century Italian artist Masaccio. I have adopted and transformed these two characters because I feel that they reflect a response to the tragic historical moment in which we are living.

My recent sculpture and paintings continue my on going interest in creating "characters" as outsider with attention to the everyday and the mundane. The illusory, the real, the allegory and the fragmentary cohabit a space/ stage/ setting that is dramatic and quiet.

The palette is muted almost black and white to emphasis the fiction and the timelessness of the scene.

The title, Cold Song, comes from the semi-opera King Arthur by the music composer Henry Purcell.

The Leopard series is a counterpoint to my previous work. In this series an excessive number of human limbs, sometimes erotically displayed give reference to my interest in Tibetan and Indian sculpture. The explosion of gesture and color acts as a balance to my other work, which is often quiet and introspective. The Leopard series represents a more extroverted character, a vehicle to express intense energy and emotion, perhaps a result of the contradictions between the private and the public world.
Patricia’s artistic language is poetic: the animating materiality of the clay, and the methods through which she arrives at such compelling form. There is fluidity in the way she externalizes the internal dialogues of her practice and the life that it forms. She is passionately inventive and lyrically profound. Patricia’s work is an art of color and shape and dynamism.

Lisa Wainwright
Professor of Art History, Theory and Criticism and Dean of Faculty, The School of the Art Institute of Chicago

Patricia Rieger’s work falls through the cracks of rational thinking. She gives full credence to the mystery and says, in visual imagery, what contemporary theorists say in words that rational systems are inadequate to define our universe. Rieger relinquishes the tentative hold that reason provides and honors the intuitive. Her imagery is like dream fragments- frozen frames of a metaphysical movie.

Patricia’s work likewise blurs the edges between objective reality and myth making. She draws from the natural, the material, the metaphysical and dream world, and with elements of each, she suggests a connectivity between them. These areas of our existence cannot be compartmentalized but co- exist and are interrelated. In Rieger’s words, the work is about a different sense of order that lies underneath the surface of reality.

The ceramic sculptures in particular have a totemic power that implies personal and universal myth. The order, the mystery and the metaphorical reference to journey are indeed personal. It is, however, only through the deeply personal that we may arrive at the universal.
​
Rieger’s work represents a willingness to perceive and to think without the safety net of rationality. She invites us to abandon existing systems for perceiving and honor our intuitive, non- verbal powers. She invites us to share the group dream, to share the myth.