Augusto Esquivel appropriates thousands of tiny buttons to create idiosyncratic, sculptural art forms that range from old master paintings to objects of popular culture. ​​Esquivel decided to make buttons the objects of his affection and artwork, and take them beyond the mundane into new aesthetic realms and give them a new role and context. 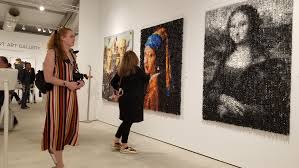 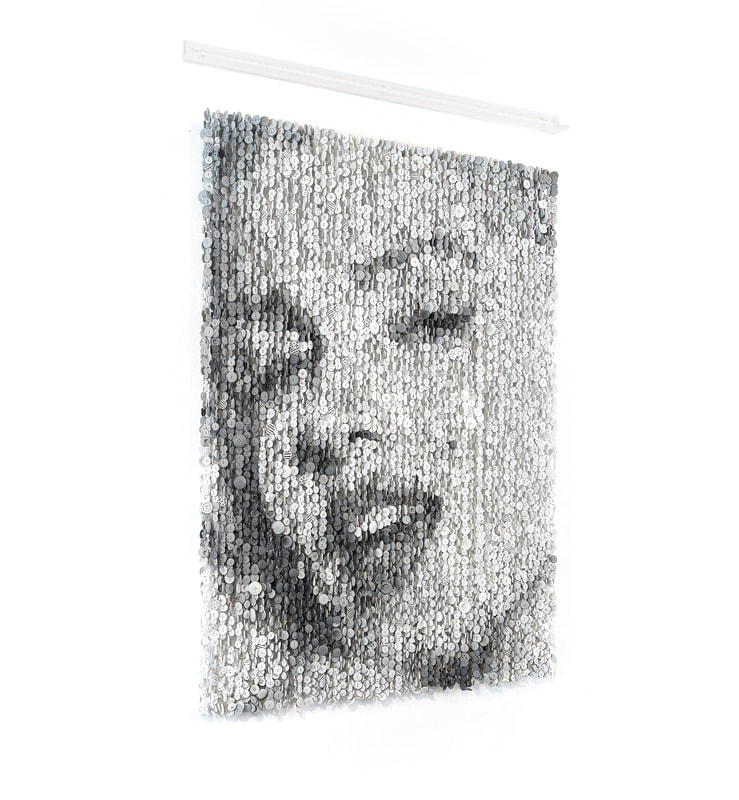 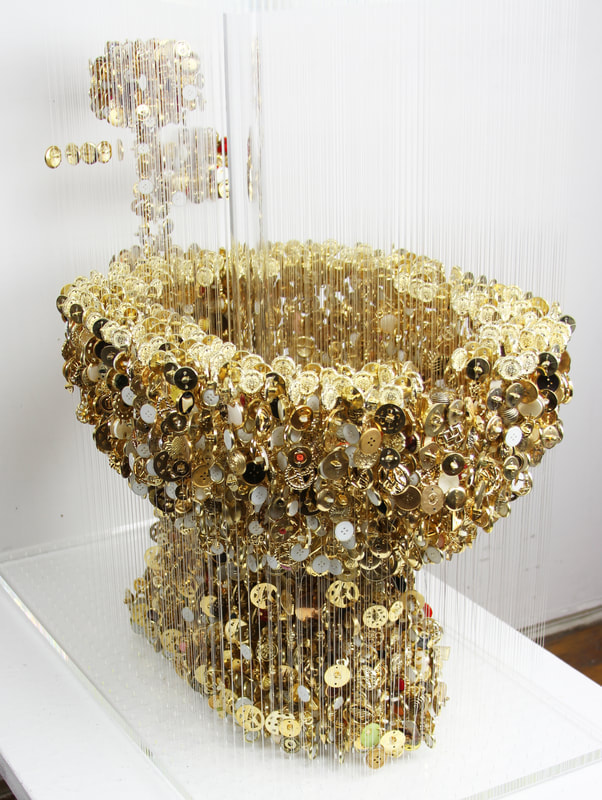 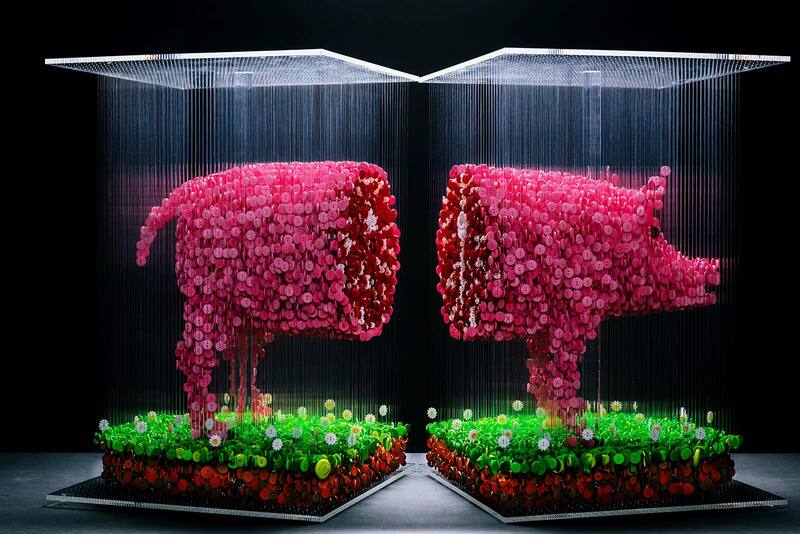 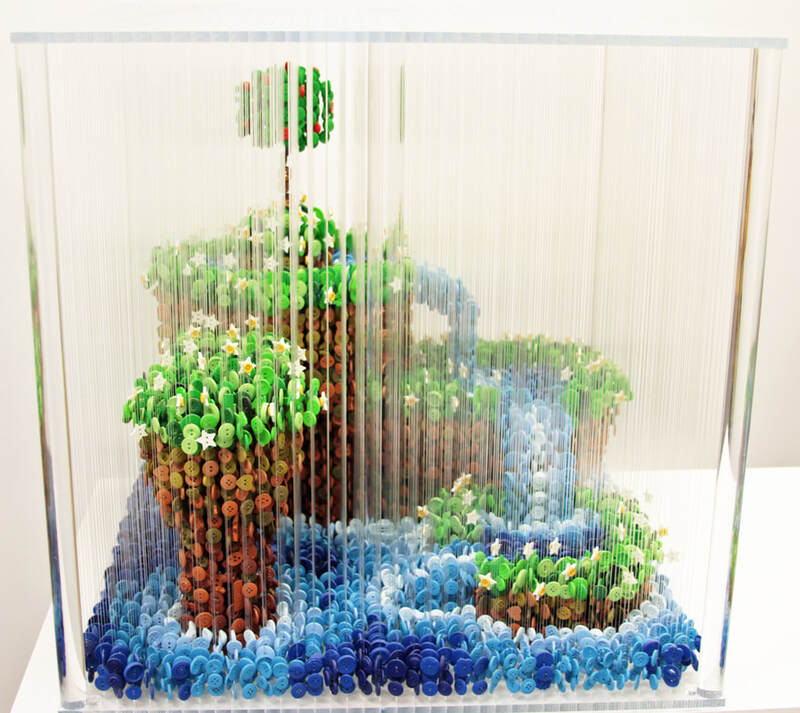 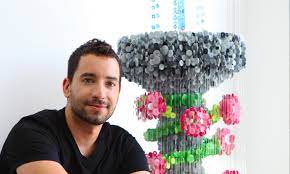 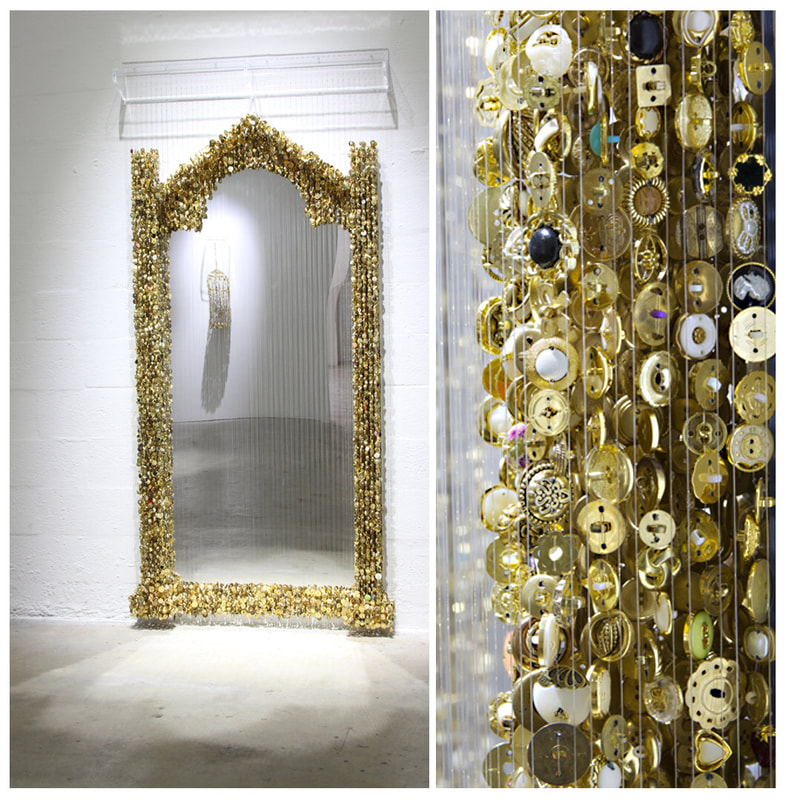 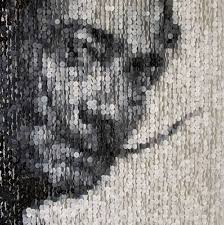 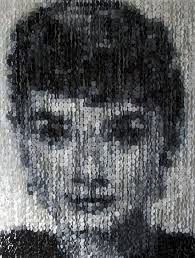 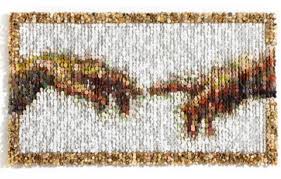 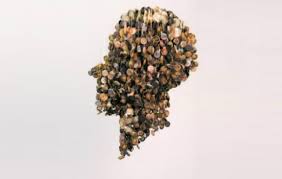 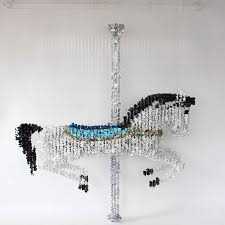 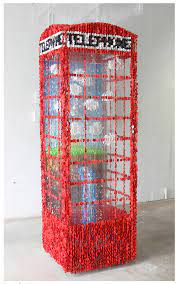 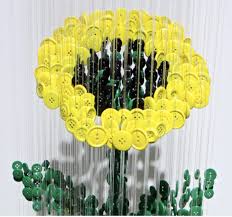 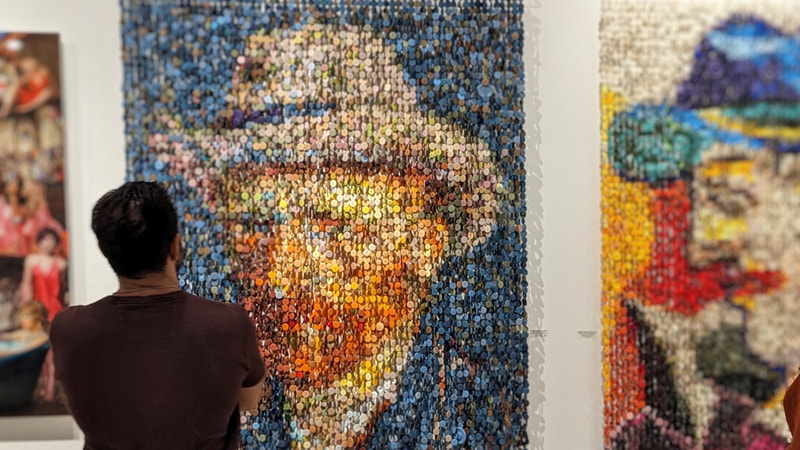 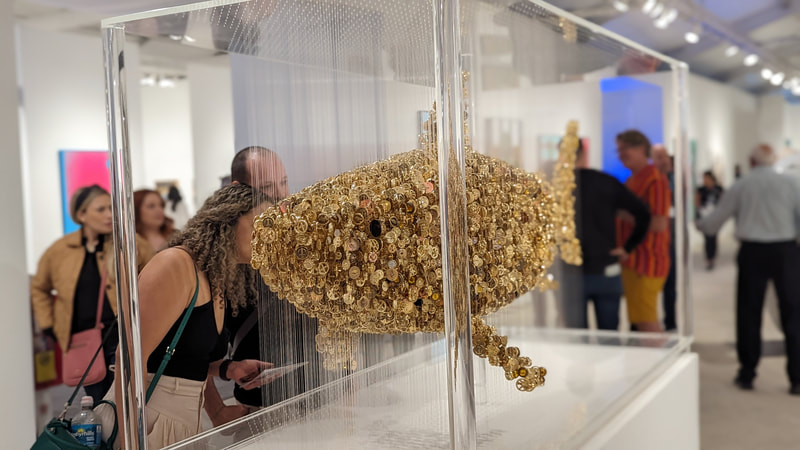 BUTTON, BUTTON, WHO HAS MY BUTTON?
​by Carol Damien, Florida International University FIU

A button is a small roundish object that we all take for granted.  It has been around for generations, comes in all kinds of materials from the most luxurious jeweled to beautiful shell and pearl to the most mundane and utilitarian.  Buttons made from seashell were used in the Indus Valley Civilization thousands of years ago, and may have been more ornamental than practical.  Functional buttons with buttonholes for clothes appeared in the 13th century in Germany and soon became widespread, and industrially manufactured.  Before zippers, buttons fastened every part of a garment; elegant rows of tiny buttons are used on wedding gowns; sleeves and collars have buttons; shirts and pants have buttons, even hats and shoes have buttons.  Their use and variety have no limits.  It is just surprising that this ubiquitous little object has not found its way into an artist’s repertoire (beyond the occasional button added to a collage or assemblage) before Augusto Esquivel decided to make them the objects of his affection and artwork, and take them beyond the mundane into new aesthetic realms and give them a new role and context.

Undoubtedly, Esquivel has some affinity for compulsive orderliness and collecting.  He has collected thousands of buttons and arranged, strung, and reconfigured them in remarkable ways, yet they never lose their identification as buttons.  He makes us consider the button in a new way – buttons are round, colorful, have little holes for sewing, can be suspended, and take on a completely new character strung for his works and installations.  His fascination with buttons began with his grandmother’s sewing box, where he saw them small and insignificant, but also precious and unique when they become part of something else.  The button has allowed him to bring order out of their disarray – imagine piles of buttons waiting to be organized and strung.  Each little thing becomes part of a whole, which he compares to atoms in a molecule and the reordering of chaos.  This modular approach to the creation of his artwork informs everything he makes, but the added element of the string and the effect of suspension is what gives the work its uniqueness as the buttons become suspended, moving through space and constantly changing due to the effects of air and light and how they play with his careful arrangements meticulously ordered out of buttons.  They force us to reconsider that tiny little object for its formal and symbolic qualities, so important to a discussion of art.  A button is a circle, the perfect shape.  A button is also far less serious – a button is fun. - Carol Damian
​
AUGUSTO ESQUIVEL
By Denise Gerson , Former Associate Director, Lowe Art Museum, University of Miami, Coral Gables, FL

Upon first encounter, the work of Augusto Esquivel (b. Argentina, 1976; lives and works in Miami) usually evokes giddy reaction to his cheeky use of thousands of buttons, in creations that range from iconic paintings, like Vermeer’s “Girl with a Pearl Earring,” to the stuff of popular cultural, think pianos and toilets. Much has been written about the button throughout history, both as a practical device used to secure garments, as well as for its ability to embellish myriad surfaces. However, Esquivel veers in another direction altogether, for his work is not informed by either function or decoration.

As a child, Esquivel was drawn to the mysterious charms of hundreds of buttons in his grandmother’s sewing box.  When he later embarked upon an artistic career, he was unable to resist adopting the fasteners as his medium of artistic choice, beckoned by what he perceived as their transformative and expressive potential. Each of Esquivel’s works is initiated with a digital photographic image, enlarged until pixilated, that the artist creates himself, pins on a wall, and against which the buttons are individually strung on monofilament and suspended from an acrylic supportive device.  Progressing button by button, Esquivel’s focus is the single unit, rather than the visual whole, although the enlarged pixilated image hovers, ghost-like, behind the scrim, silently guiding his color choices. Upon completion, the photo is destroyed.  This technique of deconstructing artistic subject matter into tiny color units that lack individual coherence, in order to achieve a visually coherent whole, references the working methods of other artists, including Seurat and Chuck Close. Meticulously transforming zillions of tiny buttons into rational forms is mentally challenging and physically rigorous work.  Not surprisingly, Esquivel acknowledges his obsessive-compulsive nature and the urge to create order out of chaos, qualities of personality that are key to his artistic practice.

Beyond the initial delight of first encountering Esquivel’s work and the curiosity its fabrication arouses, one is also able to engage with it from both iconographic and emotional points of view. While the obsessive aspect of Esquivel’s art immediately draws the viewer in, further consideration yields a deeper appreciation of the artistic marriage of 21st technology with the material aspects of traditional art-making. Regarding the diversity of the artist’s iconographic choices, one only need consider the huge white polar bear with her cub on her back, flayed flat, like a skin rug, imagery, which for some, might trigger profound notions of wildlife loss, or perhaps, universal notions of maternity. Alternatively, seemingly banal objects with their POP art implications, like his gold toilet, a riff on Maurizio Cattelan’s sculpture, address the artist’s stated interest in “the common objects of [his] daily life,” which metaphorically represent Esquivel’s “sense of self” and “search for a place of belonging.”  Finally, Esquivel’s exploration of art historical imagery is informed and inspired by the sheer beauty, color, and majesty of Old Master paintings that Esquivel seeks to assimilate into his own oeuvre through highly individualized artistic endeavor.