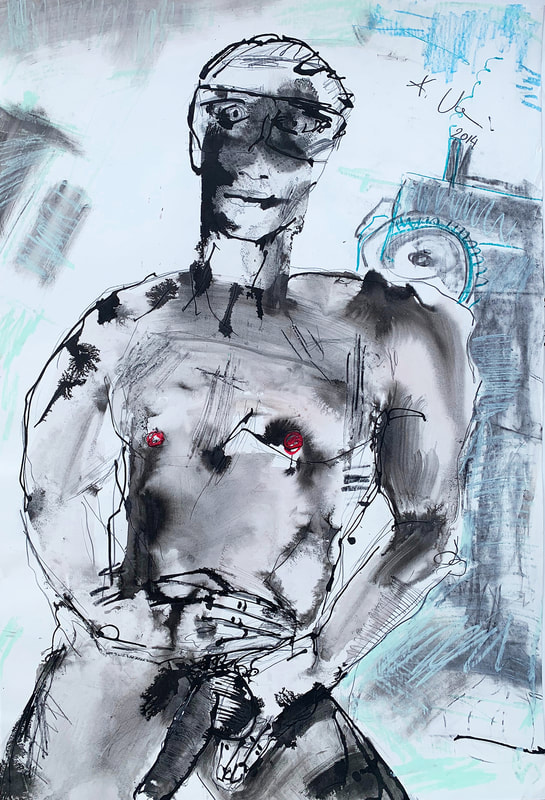 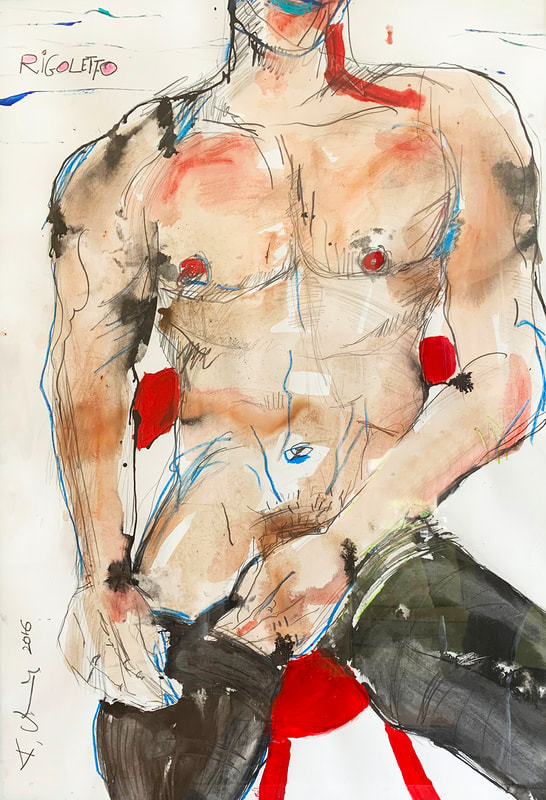 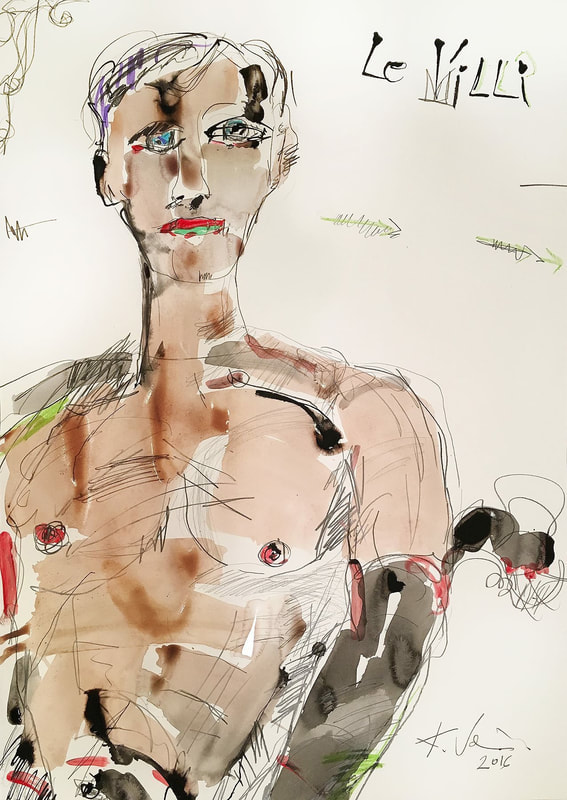 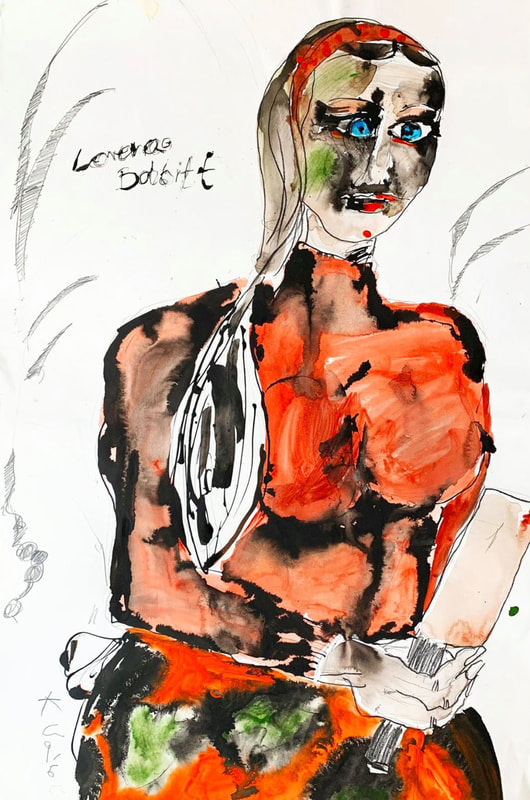 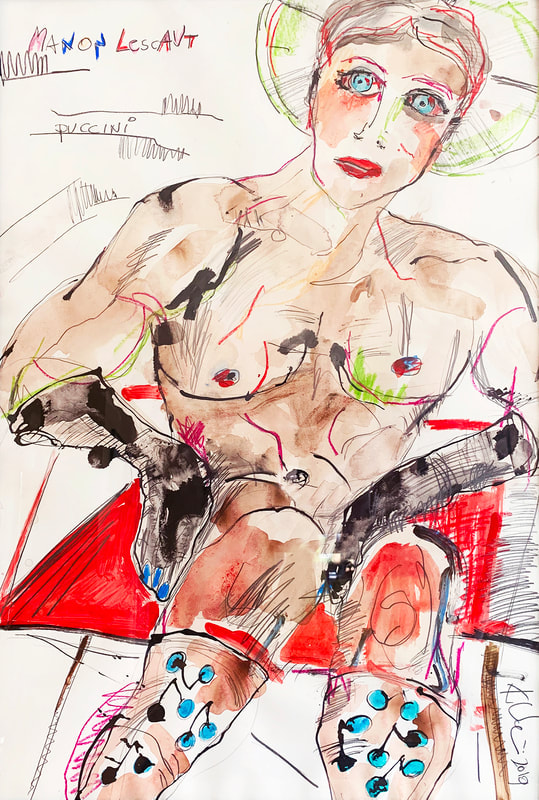 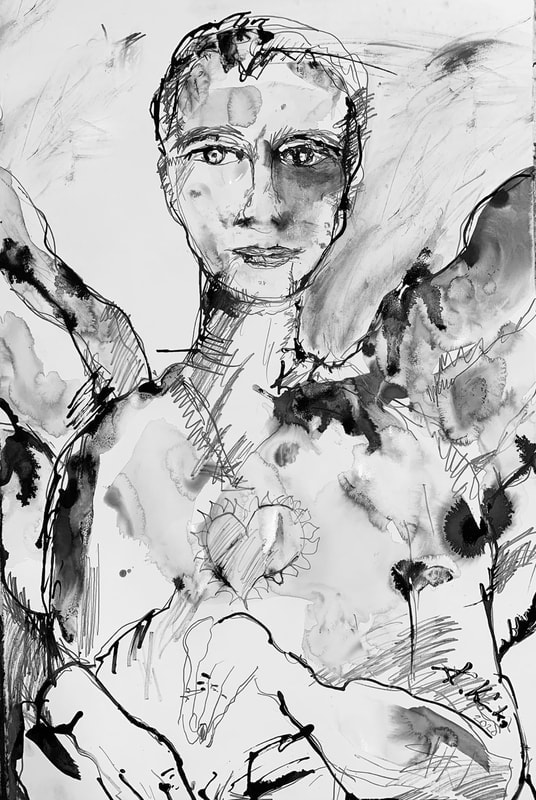 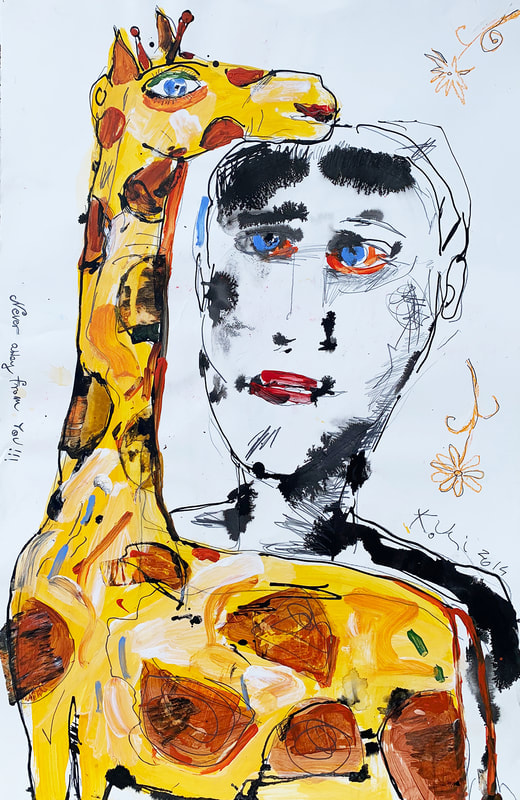 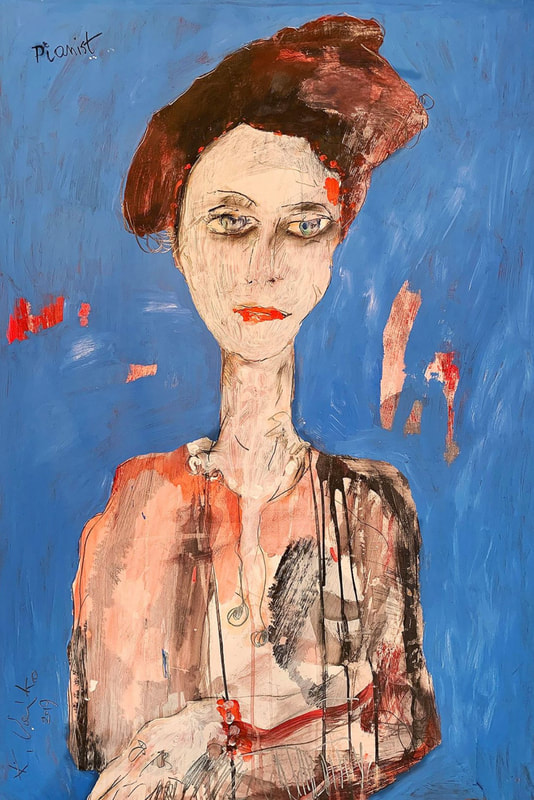 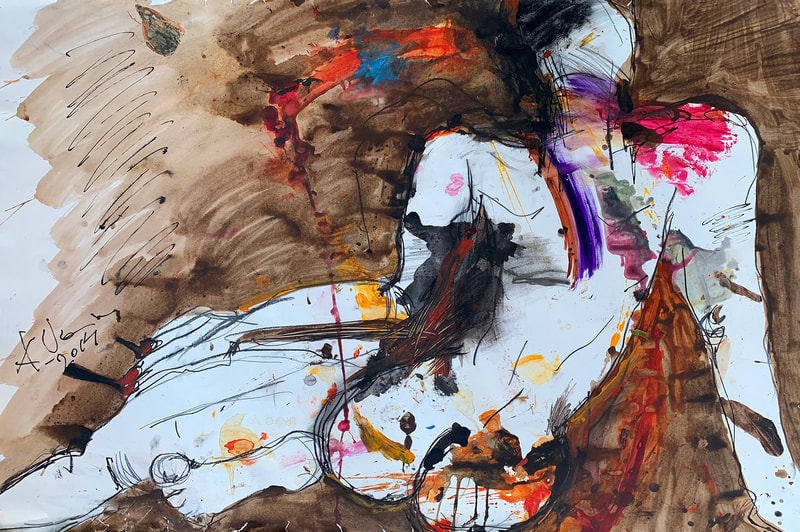 Krzysztof Wasko is highly recognized for his expressive, gestural, calligraphic, illustrative and graphic style paintings that pay tribute to current and historical personalities. He also adds mythological beings to his artwork. He wonderfully takes those real and fantastic characters to graphically tell us how great they became. But he goes beyond... always: he is so gifted that he can gracefully offer us also nature’s landscapes paintings and abstractions, besides his figurative and expressive art.

Most of his artistic pieces were created while the artist was living in Chicago. However, because of his Polish heritage, he is highly influenced by the work of European Masters such as Velázquez, Saura, Picasso and Goya. So his work is a contemporary remainder of a style developed by most post-war mayor artists.
Wasko has developed a fresh and unique style of his own. A characteristic style recognizable by the combination of palettes of black, white and bright colors, and expressive brushstrokes. The artist explores the heart of the subjects of traditional painting’s and drawing techniques, and reformulates his art to be included into a very selective group of revolutionary contemporary artists.

In his creative “prose” style, Wasko includes large-format paintings to engage portraits, nudes, animals, angels and a burlesque series and juxtaposes his personal brushes of sensuality and eroticism... all this while adding moments of his own experiences and growth to his art pieces.
KRZYSZTOF WASKO

2001     The Chicago Athenaeum, The Children of Chernobyl Project, Chicago, IL